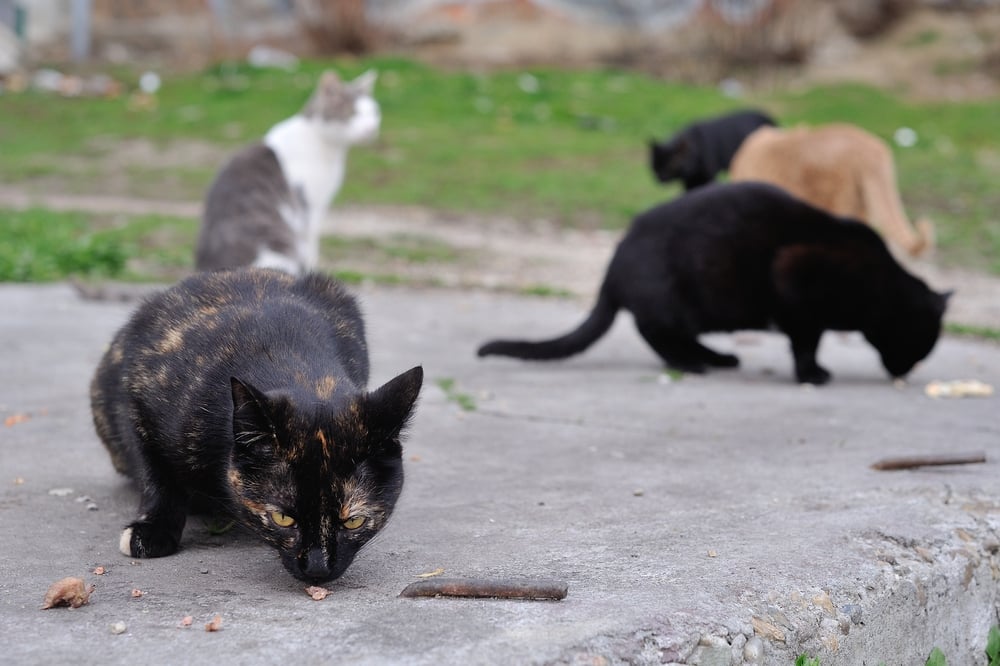 All posts may contain affiliate links. Please read my disclosure for more info.

Spring is coming and with it will come the meowing and yowling of female cats in heat. Female cats generally go into heat in the spring and in the fall. Besides the unwanted behavior of a cat in heat, there are numerous reasons to spay or neuter your cat.

Control the Population of Unwanted Cats

One of the most important reasons to spay or neuter your cat is simply that there are too many unwanted litters of kittens. Millions of cats are euthanized each year. 90% of these animals would be acceptable for adoption into families, unfortunately, there simply are not enough families looking for cats to give these animals a good home. A single un-spayed female cat can produce three litters per year, with an average of four to six kittens per litter.

Prevent the Spread of Feline Diseases

Unwanted cats that are not euthanized or adopted are often abandoned and become feral. It’s estimated that the feral cat population is as large as the current number of cats that have homes.

A colony of feral cats can spread diseases among pet cats in the area. Even when feral cats are fairly healthy, they are usually infested with fleas.

Even if your cats are strictly indoor cats, you can carry viruses, bacteria, and parasites into your home just from walking out into your yard or driveway. So feral cat colonies in your neighborhood can still spread diseases to your indoor cats.

See this article to learn about other common cat health problems.

Unaltered cats can manifest several behaviors that are undesirable. Reducing this behavior is one of several reasons to spay or neuter your cat.

Un-spayed female cats go into heat several times a year. By spaying your cat, you can prevent several unwanted behaviors, including spraying and hours of yowling, and you will not have to confine your cat for several weeks out of the year.

Male cats that have not been neutered are also more difficult to care for. Sexually mature male cats often feel a need to mark their territory. Also, the mating instincts in unneutered cats cannot be curbed or controlled, and often these male cats will wander off for days at a time in search of a female that is in heat. Sometimes when male cats wander they get lost and do not come home. By neutering your cat, you can prevent this.

Certain types of cancer are much more common in unaltered cats. Reducing cancer is yet another one of many reasons to spay or neuter your cat.

Female cats that are spayed before their first heat will have a reduced chance of mammary cancer, and will be unable to develop pyometra, which is a serious uterine condition that can cause death.

Male cats that are neutered have zero chance of developing testicular cancer or having prostate problems.

What Can You Do?

Kittens can be altered at quite a young age. Some humane societies routinely alter kittens at 8 weeks. While some veterinarians feel that it is better to wait until kittens are 5 or 6 months, that is often simply not a option. Certainly for feral kittens who are trapped for altering, then released back into their colonies, or for those who share a home with other unaltered cats, neutering at the earliest opportunity is critical.

Many communities have special funds available for neutering cats. Your humane society or veterinarian can give you more information.

If there are feral cats in your neighborhood, trap-neuter-release is an option for reducing the population of the colony. You can learn more about TNR in this article and get help if you are in the Greensboro, NC area. To find help in your location, contact shelters and rescue organizations in your area.

View all posts by carolinekearns →

This is How to Heal an Open Wound on a Cat

How to Tell If Your Cat Has Fleas

Why Do Cats Purr? Here are 4 Reasons

Are Essential Oils Dangerous to Cats?